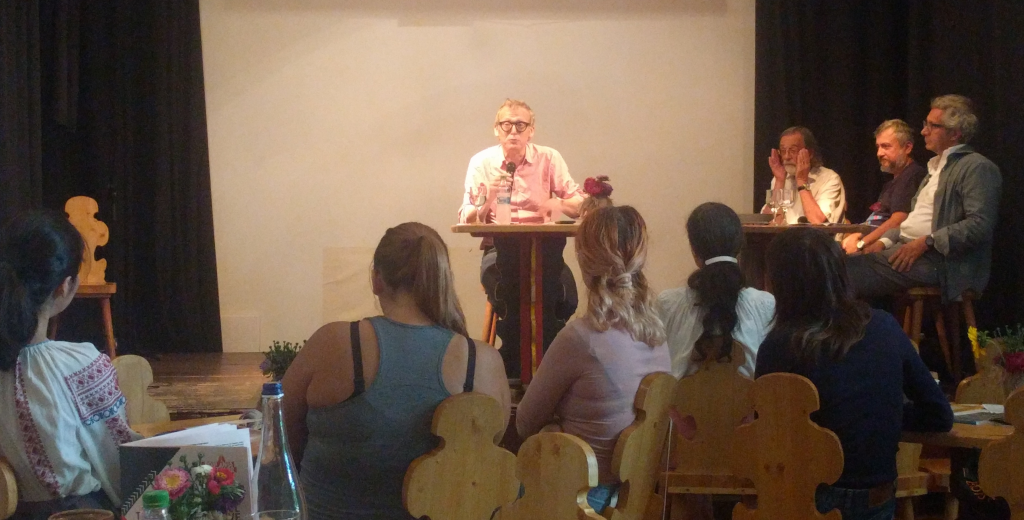 It is a true pleasure and honor for me to be here with you today for this really ambitious forum on Creative Traditions. I would firstly like to thank the organizers for the fantastic opportunity they are offering us.

As the CEO and Artistic Director of BOZAR, the Centre for Fine Arts, Brussels, I experience on a daily basis how culture and society often oscillate in a schizophrenic way between two poles: tradition and creativity, the past and present, conservation and innovation. Perhaps the balance lies in aiming at sustainability from multiple perspectives, following the UNESCO Hangzhou Declaration of 2013: economic, social, ecological, and cultural.

Built in 1928 by the famous Belgian architect Victor Horta, the Centre for Fine Arts is located in the historic centre of Brussels, amidst of significant neighbors such as the Royal Palace, the Palace of Justice, the Palais des Academies (Science), the National Library, the Museum for Fine Arts, and the Conservatorium. Since its creation, it has always acted as an ambitious ambassador of Belgian and European heritage.

Its function has slowly but steadily evolved in the XXth century to become a European multidisciplinary hub not only showcasing artistic excellence, but also acting as platform for dialogue between citizens, artists, intellectuals and policy-makers. It now welcomes over 1 million visitors each year through a myriad of initiatives, from major festivals to top exhibitions, projects with schools, concerts, films, laboratories between artists and scientists, or lectures by artists and public figures such as William Kentridge, Barack Obama, Rem Koolhaas, Cecilia Bartoli or Ban ki-Moon. Since 2004, I am happy that we have been able to support and contribute to the development of between 25,000 and 30,000 artists and entrepreneurs and, perhaps the most important point, to reflect with them on their contribution to society.

As such, this dynamic crystalizes a new role for Europe’s cultural heritage, both tangible and intangible, in the twenty-first century: not only to showcase our common past and present, but also to offer sustainable tools to our audiences to enhance interactions, critical thinking and expression, and turn artists, students, young people, or also minorities into active citizens.

I feel that the Romanian Peasant Museum illustrates this trend: it has made the choice of playing the card of fully embracing the traditions, while engaging with current European cultural dynamics. It addresses the question of the European identity by looking at Romania’s creative traditions. It is also innovative in the way it made a U turn from the traditional way of getting to know something, by fully interacting with it, in order to really understand and wonder.

As you probably know, 2018 will be the first European Year of Cultural Heritage, aimed to share throughout Europe a common commitment to protect and promoteour tangible and intangible heritage. As the European Parliament suggested, the objective for the European Year of Cultural Heritage is threefold: building a common identity, identifying cultural heritage as an economic resource, and making cultural heritage an effective diplomacy and conflicts-resolving tool. This is only a beginning, I hope, for a certain degree of evolution in the sector.

Let us briefly look at the evolution of international policy documents related to cultural heritage in the 20th century. Whilst the Venice Charter in 1964 proposed to integrate the conservation of monuments and sites within the dynamic architectural pace in post-war Europe, the Nara Document on Authenticity in 1994 critically challenged the ‘top-down’ guide-lines of the Venice Charter to include alternative views on authenticity based on various cultural traditions and practices. Later, the 2003 Convention for the Safeguarding of the Intangible Cultural Heritage produced a paradigm shift that widened the scope of cultural heritage practice. However, in all our enthusiasm we also need to be aware for the danger of (intangible) heritage being used as an ideological tool to obstruct the spontaneous emergence of new, contemporary cultural practices. In other words, the challenge is to use cultural heritage as a resource for sustainable development, beyond its mere conservation.

The United Nations Post-2015 Development Goals as well as last year’s UNESCO Urban Agenda provide a new framework for the integration of cultural heritage in the process of sustainable development. Next to that, UNESCO’s Global Report adopted in October 2016 in Quito, and entitled ‘Culture Urban Future’, sets the agenda for the XXIst century. Following growing urbanization, we acknowledge today that the cities which compete the best on the European and world stage are cities with strong cultural capital, composed of diversified cultural assets (performing arts, galleries, museums) and qualitative public spaces that are integrated in their urban and social surroundings. The right balance between urban conservation and renewal is the key of success in attracting new residents, businesses, and investors to the extent that the genius loci, or the sense of place, remains consistent with the past, and succeeds in transmitting our heritage to the future generations.

Concerning the 2018 European Year of Cultural Heritage, I thus fully support the desire of the European Commission to highlight projects that promote cultural heritage as “a source of inspiration for contemporary creation and innovation”.

Again, it is not only about preserving old buildings or cultural practices for the sake of preservation itself. It is also about exploring new functions for them that allow flexible and reversible interventions for their revival and survival.  In order to achieve this goal, we need the help of holistic and interdisciplinary university programs. The first European program in this regard was the Raymond Lemaire International Centre for Conservation, founded in the 1970s within the College of Europe in Bruges and continuing today within the University of Leuven. Together with several partners, they were responsible for the “Cultural Heritage Counts for Europe” document, that was at the origin of the European Year for Cultural Heritage.

The synergy between tradition and innovation has also been the leitmotiv of organisations such as Europalia in Belgium, in whose growth I have been involved with since its very beginning. It is now a loyal partner of BOZAR. It offers a bilateral platform of visibility for a different country every two years, allowing them to showcase past their past traditions in a narrative focused on a progressive dialogue in the present, fueled by contemporary creativity.

Creativity used to be the prerogative of the artistic fields, but has now extended in the Europe of today to all sectors of activities: creativity as a driver for technological innovation in Silicon Valley, creativity as a source of innovation for new products, processes, and organizations, creativity in governance and politics: creativity is everywhere, of course also in heritage. A new ‘creativity’ division at UNESCO’s World Heritage Centre in Paris has for instance been set up: it aims to foster creativity in every sector of activities for the purpose of development. Artists, cultural stakeholders and cultural institutions are in the frontline because creativity find its roots in our intangible heritage: skills, social practices, rituals, performing arts, craftsmanship.

Let us not forget that, like technological and scientific innovations, cultural innovations by artistic entrepreneurs contribute to what Josef Schumpeter calls “creative destruction”: allowing major transitions to shape and re-generate our society.

This being said, I don’t see this rationale as an occidental attempt to creatively destroy our common heritage. We have all suffered the severe mutilation of cultural heritage, first by war, and later by rapid and uncontrolled urban development. The city where I am from, Brussels, is a perfect example of chaotic urban development at the expense of its historic buildings, from which it has suffered more than from WWII. A new word has even been invented for it: ‘Bruxellisation’. Today the challenge is not to undo all of our mistakes from the past but to create new cities where the older and more recent built environment are seen as a resource for building smart cities. Creativity can be used to explore new functions for heritage. This is also part of the resilience capacity of any system.

In my modest experience of Romania and its heritage and traditions I have been amazed by its diversity as a source of creativity: a rich mix of rural, natural, urban or industrial heritage, both tangible and intangible, traditional and contemporary.

Romania shares a common identity with other European countries well beyond the question of tangible heritage. Romania shares with French speaking countries common roots in its language, and all the intangible heritage associated with it. Despite the threat towards some of its tangible heritage, there is a commitment towards safeguarding Romanian built heritage and to consider it as an economic resource: think about the economics opportunities from the adaptive re-use of Transylvanian manors and castles, think also about the opportunities of developing the Jiu Valley with its industrial heritage of coal mining, not just in terms of tourism, but in terms of places for artistic creativity, inspired by ancient remnants of technological activities located in beautiful natural landscapes. From that perspective, what happened in Rosia Montana was a really inspiring example for the rest of Europe. Examples of UNESCO’s listing of mining landscapes in North of France, and in Belgium, could equally provide inspiring success stories of local development.

Romania has its own Silicon Valley, fueled by its cultural heritage and its artistic production. Its cities and regions illustrate that creative diversity: Sibiu and its Flemish art collection, Targu Jiu, the city of Brancusi, Cluj and its research around art and science, the wooden churches of Maramures, the industrial heritage in Caras Severin, Timisoara, the future European Capital of Culture, or Bucharest and its contemporary art scene.

But, even more than its cities, the Romanian artistic heritage, taken as laboratory of shared narratives, could have never emerged without the creative and critical vitality of the likes of Brancusi, Eminescu, Ionesco, Cioran, Mungiu, Grigorescu, Bratescu, Tzara, Muntean, and the emerging art scene. Their works, including the most forward-looking ones, as well as those from many others are at the heart of the development of the Romanian imaginary heritage and its success beyond its borders.

The future of this narrative can be imagined through the rather provocative statement of the Romanian philosopher, Cioran, for whom Romania is much more about its potential rather than its present state of mind. An echo of the European construction: encouraging the individual, the historic building, the community, the artist to go beyond oneself, to dare experimentation and to focus on the journey rather than target the fait accompli.

I hope we can work on this imaginary narrative together in the years to come, in Romania, in Belgium, and within our European context.

I thank you all for your attention. 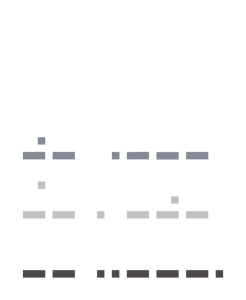